Initially released in November 2015, Zurb’s Foundation for Sites 6 brings some new features, functionalities, and concepts. This post assumes you have some prior Foundation experience: if you’re a newbie, hopefully it will at least shine some light on the framework and tools, and provide a general overview of what to expect. 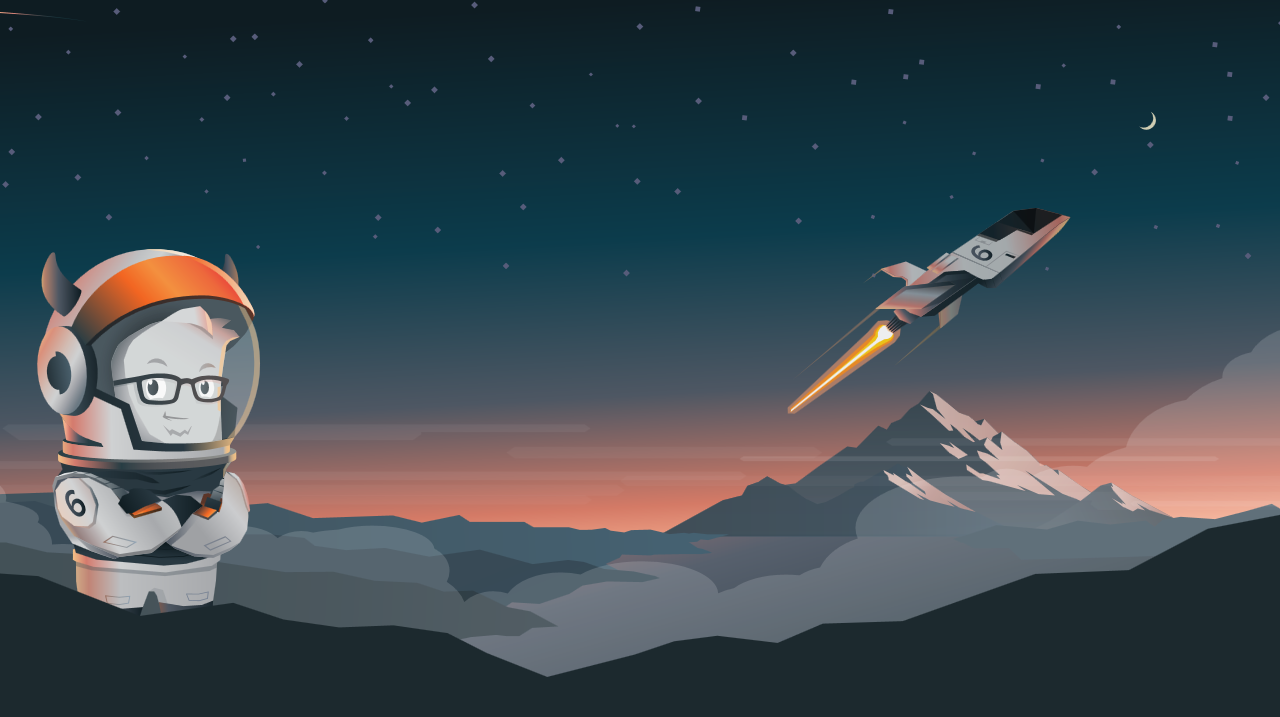 Although Foundation’s core principles and ideas remain, when comparing the latest code to the previous version, you can see an almost complete overhaul. Immediately, you’ll notice some ECMAScript 2015 syntax usage. The arrows => jumped out at me; the code now gets transpiled to ES5 with Babel during the gulp build process. Grunt is no longer used. Foundation 5 utilized the Javascript testing framework Jasmine; it too has been replaced with Mocha and Chai. Unfortunately, a lot of the unit tests did not make it over to Foundation 6. Pull request idea: it’s time to help write some new tests.

Not much has changed in the way of browsers. Browsers that do not support media queries still receive the default mobile-first experience. IE9+, the last two versions of Chrome, Firefox, Opera, Mobile Safari, IE mobile, and Android 2.3+ are supported. And yes, Zurb is still using (and dependent on) jQuery 2.x which also left behind legacy browsers. Maybe Zurb Foundation 7 will decouple the jQuery dependency?

Where it makes sense, Zurb Foundation components are keyboard accessible and screen reader friendly; they have ARIA attributes and borrow accessibility patterns and practices from the A11y project. Implementing thoughtful accessibility still seems to be more of an art than a science. At the end of the day, accessibility is still the developer’s responsibility, not Foundation’s. One continuing challenge is that you still need to test with actual screen readers, special keyboards, and speech recognition tools that real people use. Here are some helpful accessibility testing tools:

At the end of the day, accessibility is still the developer’s responsibility, not Foundation’s.

Standalone Block Grids disappear and have been merged into the default Grid layout component. Block Grids provided a way to evenly space list contents regardless of screen size. Now, it’s a matter of applying a class in this format [size]-up-[n] at the row level. Combining grids is a welcome change since it was a little wonky having two grids in Foundation 5. Additionally, responsive grid gutters have made their way into Foundation 6. The ability to responsively define the spacing between the edge of a grid and the edge of the page is a big win for users (and most of my clients). Warning: static gutters are no longer supported as of version 6.2.

Warning: static gutters are no longer supported as of version 6.2.

Flex Grid is a newly introduced flexbox-driven grid. Usage benefits include less CSS, being easier to understand, and being easier to use. One disadvantage is browser compatibility, which introduces risk and increases the testing cycle. This means most of us that need to support older browsers will stick with the normal decaffeinated Grid. Zurb Foundation 6 did not stop the “flexbox train” at Flex Grid. Rather, they extended the flexbox concept to optionally empower some Foundation 6 components (the button group, input group, menu, top bar, media object, and title bar) to negate the need for float and table cell shenanigans. This global flexbox mode is purely optional (disabled by default) and generates a lot less CSS. Less is more. This is especially true with regard to web page performance.

Lastly, I want to point out that modernizr has been removed. Instead, the what-input library is used to determine the current input method (mouse, keyboard, or touch). Apparently, too many developers (myself included) are incorrectly relying on Modernizr.touch and end up in limbo with:

As stated directly from Foundation’s documentation:

There are no classes to detect touchscreen devices, as both desktop and mobile browsers inconsistently report touch support.

Plugins are a new addition to the framework too. They help facilitate consistent integration and enable extensibility. Although limited to only one element at a time, plugins can be nested and attached to elements using data attributes (data-accordion or data-tooltip). This a similar method as found in Foundation 5. Plugins should utilize data-options for settings and default behavior. Per documentation (and good practice) callbacks as settings are discouraged (and removed) and should be implemented as event listeners. Moreover, a global reInit function is defined and causes one or more active plugins to re-initialize, reset/remove event listeners, recalculate position, etc. reInit is your consistent replacement for reflow.

Here are the Foundation 5 components and features that are now plugins:

reInit is your consistent replacement for reflow.

Overall, Zurb Foundation 6 outputs less CSS, resulting in less work for the browser. One obvious way to accomplish less CSS is to not use certain components. Pick and choose what you need. Fortunately, this is a little easier compared to Foundation 5, which required some manual developer intervention (post grunt clean up). CSS Mixins facilitate reusable styles and rules, which also means less CSS. For example, you could decide to not use foundation-grid but still use grid mixins like grid-row, grid-col. Mixins are also more expressive and semantic. Instead of having the following sprinkled throughout your markup:

You can now use CSS Mixins with Foundation 6 to have just this:

A new Motion UI Sass library helps bring flexible UI transitions and animations to the framework. Along with it are about two dozen transition classes that come out of the box. Finally, another notable addition to the gulp pipeline (think: series of tubes) is sass-true to bring some CSS unit testing to the table for [function] and [mixin]. Testing CSS used to be crazy talk. Today CSS testing is a reality.

The amount of Javascript is less monolithic because it’s easier to choose only the components, features, and plugins that you need. However, one of the biggest changes is the onboarding of Babel to transpile ECMAScript 2015 within the gulp build pipeline. Before digging into the guts of the Foundation 6 code, it might be wise to read up on arrow syntax (e) => {}, custom iteration forEach(id => {}), and classes class. You know, yummy delicious syntax sugar. Homer Simpson voice: “Mmm… Zurb.”

Components such as Tooltips sometimes like to leave behind footprints (i.e., the tooltip template). Fortunately, a new destroy pattern is consistently implemented – when finished or when removed from the DOM, clean yourself up. Think finalizer in object-oriented programming. This would also be a great pattern to implement in Foundation 5. Pull request, anyone? destroy literally destroys instance and state, unbinds events, or removes elements completely. Performance matters. And I hate seeing unused Tooltip templates lingering in my DOM. Sometimes, third party Javascript vendors like to haphazardly bind to these elements and never let go.

Zurb Foundation 6 for Sites is good and was carefully considered for both designers and frontend developers. Download it. Try it. Contribute to it. Help make it better. Heck, share some knowledge with a backend developer too. While it’s not as mature as Foundation 5 and though it has less tests, Foundation 6 should be your mobile-first responsive strategy going forward. Please stay tuned for future posts that dive deeper into specific components, tools, and features.

Disclaimer: I am a Foundation fan, user, and minor open-source contributor.